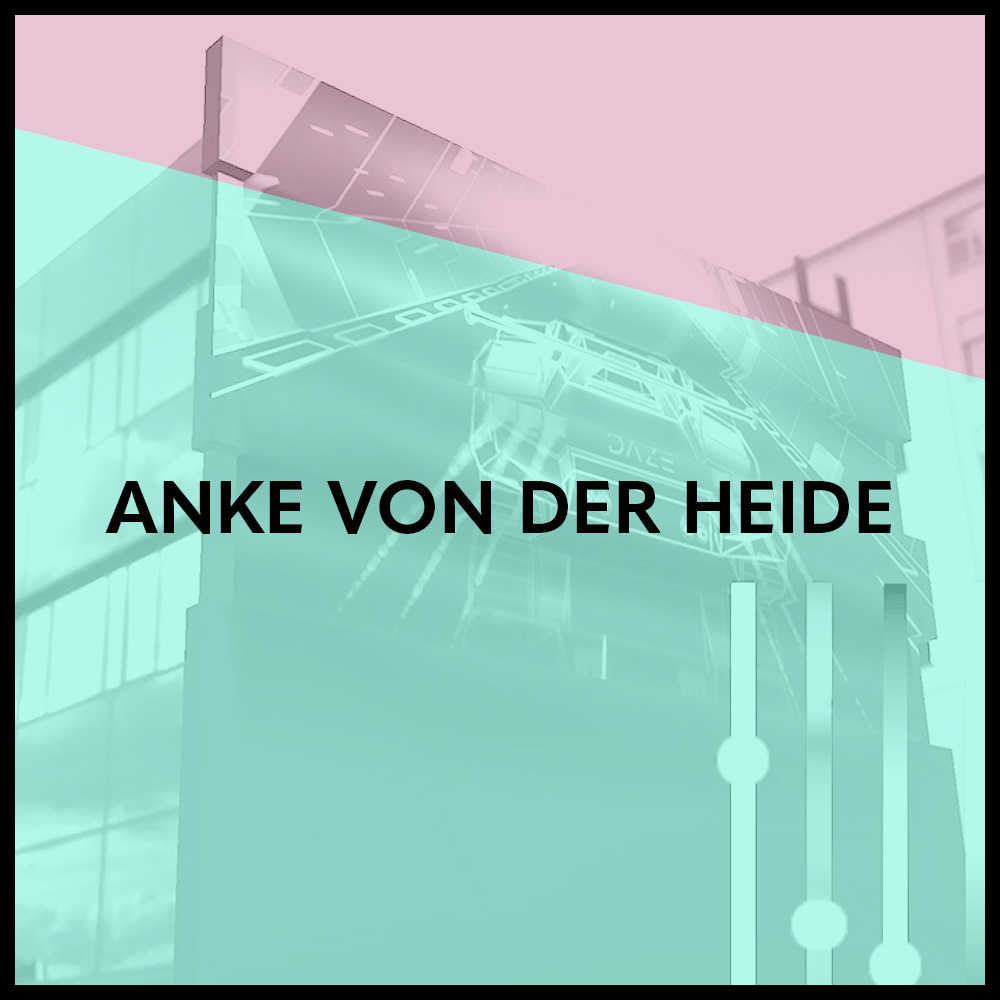 2019/20
augmented media and narrative interventions for the public space

Whether media art, media architecture or corresponding curatorial activities: preparing large-scale facade projections requires elaborate test setups with mostly expensive production technology. However, thanks to a concept by the curator and media artist Anke von der Heide, these unpopular resource guzzlers could soon be a thing of the past: her augmented reality application MediaArchitecture-AR (MIRAR) enables the testing of moving image-based content such as video art on site by augmenting the chosen media facade with the corresponding content.

This combination of real and virtual worlds allows media content to be assessed in the current lighting conditions. The spatial and social use of urban space and the resulting visual axes –with regard to narrow paths, busy streets and the changing use of public squares – can also be taken into account. The colors, speed and brightness of the video image can be adapted to the real conditions of the recorded surface and to the viewer’s line of sight to enable a realistic preview.

At any location in front of the facade, notes can be created, screenshots and video recordings saved and timestamps and GPS coordinates attached. With this information, the test can be discussed later in the production team, and the findings can then be incorporated into further planning.

Within the app, own projects can be set up with an existing building that is linked to a digital content (e.g. a video). For augmentation, the real building is overlaid with a virtual representation (a 3D model of the building). The media content is projected onto this digital object using virtual projectors. Since real and virtual buildings coincide perfectly, the illusion of a live facade projection is created.

Anke von der Heide is a curator and media artist with an interdisciplinary curriculum vitae starting with a degree in visual communication at the Bauhaus Universität Weimar, in architecture and urban design at the Technische Universität (TU) Berlin and the Tongji University Shanghai as well as a research project in Intermedia Art at Tokyo National University of Fine Arts and Music.

She works in the field of media architecture in a transdisciplinary research area between technology and public space. Her special attention is paid to media content and how the urban environment is narrated anew through media.

Anke von der Heide curated the facade projection festival Genius Loci Weimar and the Festival for urban Light-culture in Berlin as well as various symposia on media architecture and the scientific and artistic approach to the material light. She has been researching at the TU Berlin in the area of Smart Cities and since 2013, she has been teaching in the field of media architecture and human-computer interaction departments of the Bauhaus Universität Weimar and the Quality and Usability Lab of the TU Berlin. In this context, her work and research have always been concerned with the message and effect as well as the innovative design of media architecture.