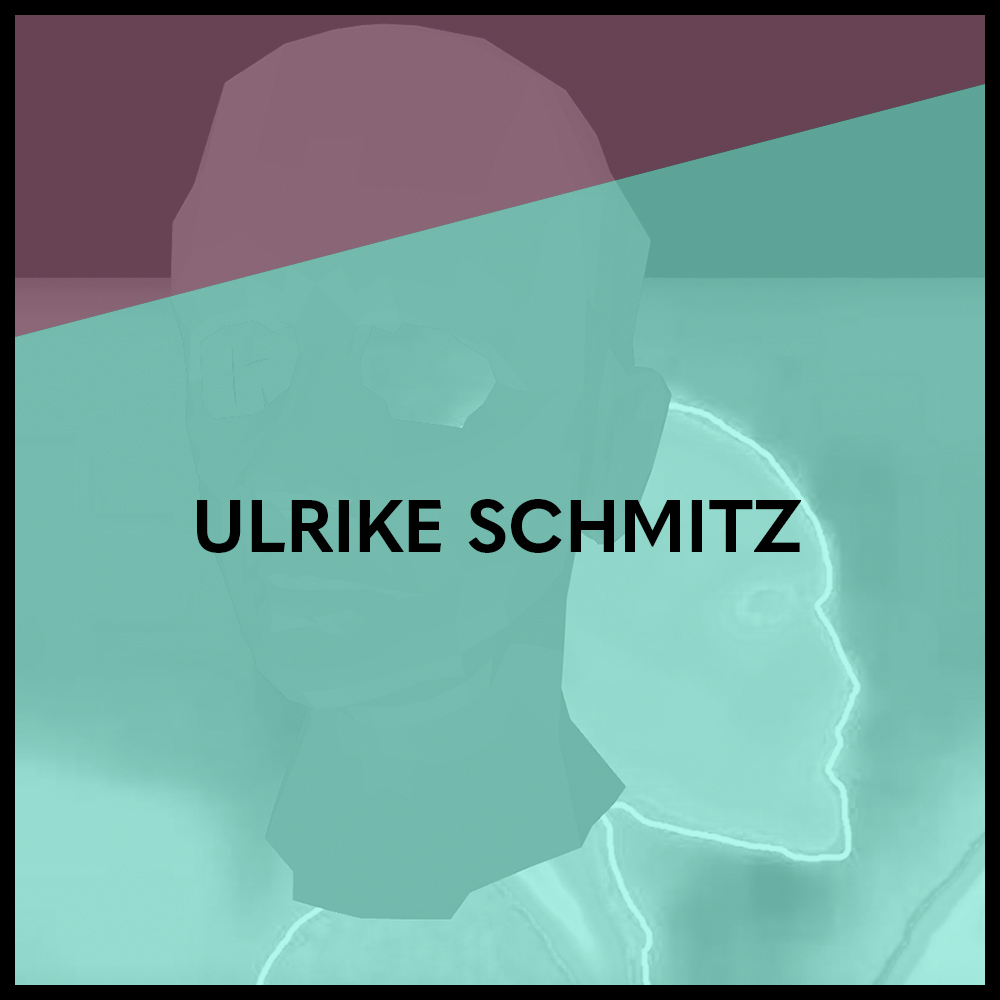 THE LIZARDS ARE NOT WHAT THEY SEEM

Since the dawn of science man has been using images, graphics and models to underpin theories and propose theses. Not only since the perfection of digital image processing are „fake views“ (quotation) powerful tools for inadvertent as well as purposeful construction of reality. In the visual arts, this construction has been deliberately pursued since antiquity, for example to demonstrate the technical virtuosity of artists and the deceptiveness of the human eye. In science, however, every graphically proven thesis is accompanied by a claim to truth that is in strong contradiction to deliberate deception. Here, this is not a well-prized trick, but a taboo that violates the ethic of science and falsifies the search for truth up to its ideological concealment.

The artist Ulrike Schmitz deals with the boundaries between scientific and ideological visualizations in her AR work The lizards are not what they seem. In the work she draws on two very different reality narrators, whose theses both revolve around the question of the genetic determination of the human: On the one hand the Viennese zoologist Paul Kammerer (1880–1926), who at the beginning of the 20th century conducted research on the feuersalamander and ultimately wanted to prove with manipulated photographs, that our genes can be changed by social circumstances. On the other hand the British conspiracy theorist David Icke (* 1952), who tries to underpin the existence of so-called Lizard People using questionable footage. According to Icke, humanity is a subjugated breed of these reptilian aliens. Celebrities such as Queen Elizabeth, George W. Bush or the Clintons are, according to Icke, all Lizard People – a theory that 4% of the population believe in the US.

As contrasted in a Petri dish and magnified microscopically, the artist shows two mask-like human head models that seem to float away from a blue-washed solution. A cell-like structure on the lower right edge of the picture reinforces the impression of a sinister microbiological experiment. The greenish fluorescent profile in the background seems to be undergoing a metamorphosis to the lizard – the outline is as though drawn by an invisible hand, but not yet completely filled. Or is the subsequently supplemented line only the manipulated proof of lizard-being? Anyone who researches the Lizard People Theory of David Icke and its references to the surroundings of Barack Obama will find the outlined profile in the accompanying iconography.

Through Augmented Reality, the front mask is set in motion and shows up like a 3D-sculpture seen from different perspectives. It seems as if it were the modelled precursor of a scientific breeding or even a mutation to – to quote Icke – a „reptilian race“. Not least, a proven rule of thumb can be derived with regard to the central issue: Supposed racial characteristics will always remain an unmistakable feature for distinguishing between deception and truth, between ideology and science.

Of particular importance in the context of technical AR development was the constant change of the elements to be augmented with regard to their position, rotation and size. Initially, animation within Unity seemed to be the best solution. Ultimately, however, it was more useful to implement reusable code to modify the named properties. In the form of various scripts, this code is assigned to the individual elements to be augmented. For instance, this makes it possible to quickly set which axis and how fast an element should rotate.

Ulrike Schmitz lives in Berlin. After completing her law degree and doctorate, she graduated from the Ostkreuzschule für Fotografie in Berlin in 2012. She is currently working on her thesis in the postgraduate Master’s program Art in Context under Prof. Dr. Heiser at the University of the Arts Berlin. In her artistic works she deals with phenomena of science and their interaction with social structures and valuations.

In 2015 she was invited to the five-year global exhibition project reGeneration3 of the Musée de l’Elysée, Lausanne, Switzerland and in 2016 to PLAT(T)FORM of the Fotomuseum Winterthur, Switzerland. In 2018 she participated in the residency program of WINZAVOD Centre for Contemporary Art in Moscow. In 2019, she was part of The Unlearning Place during the opening days of The New Alphabet at HKW in Berlin. Her works have been exhibited extensively in Germany and internationally, such as the Benaki Museum in Athens, the Centro Nacional de las Artes in Mexico City, Lishui Art Museum galleries in China, Art Foundation metamatic: taf in Athens and the Museum De Buitenplaats in Groningen, Netherlands.