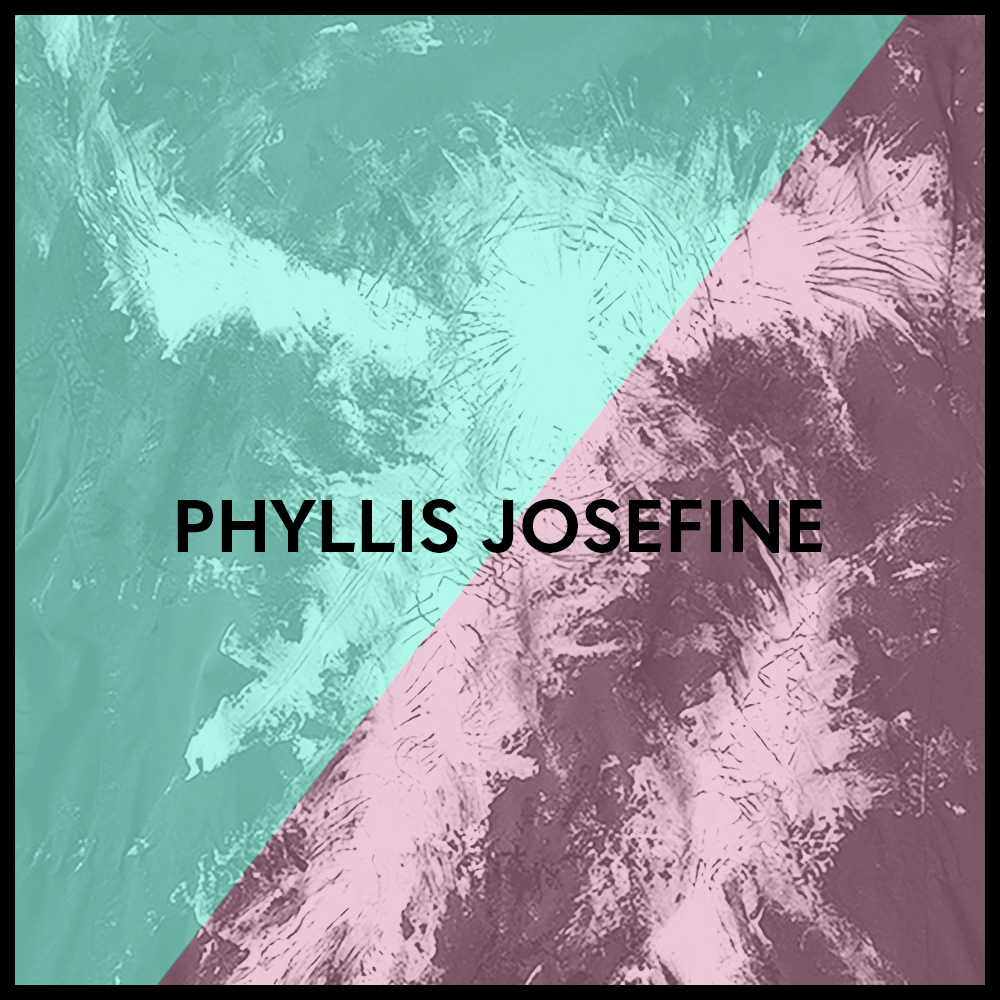 Graphics, electronic music, singing, media art, painted clothing – the multifaceted artistic work of Phyllis Josefine alias dvdv (pronounced „dada“) merges to its own synaesthetic and interactive cosmos, in which one cant start to immersive himself by visiting her self-programmed website. Through her love of experimentation between the analog and the digital world, the artist is effectively predestined for augmented reality, through which she can bundle all her creative output in a multi-layered work.

Clothing worn in the dark plays a key role in Josefine’s AR art. It makes you think of dance floors, club armchairs and bars, in the shade of which you can be as good as you are or how you want to be, where freedom and individualism manifest not least in the form of – sometimes extravagant or even artistic – clothing. At the same time, shadows blur contours and facial features, the analog reality becomes visually more difficult to detect. In this context, Josefine brings clothes to a new, virtual life. She paints three coats with specially developed reflective textile paint. Since AR works only in good light conditions, the smart-phone-internal flashlight is turned on and held onto the painting with the help of a script. The marker then reflects the incident light into the dark environment – an effect that is superimposed in the AR application by particle effects and shapes that can be created and adapted in Unity. In addition, the markers trigger large-scale animations and sounds. To trigger different events, a timer has been programmed, which records the duration and the position of the marker and displays different virtual elements accordingly. Likewise, various simultaneously detected markers may interact to trigger different events, giving a playful form of interactivity.

Reinforced by the darkness, which literally absorbs the real space, the clothing unfolds through AR to another, but now virtual shell, partly surrounding the human beings wearing them, partly floating along like a shell of individual visuals and tracks from the artist’s unpublished EP What is the opposite of ambivalence. But it also seems as if the artist’s cosmos is being transferred to the three-dimensional, in order to play on an infinite digital space and share it with those present. Materiality takes a step back in favor of Josephine’s intellectual creation, which appears as an ephemeral spectacle, putting viewers in a trance of light and music.

Unity’s implemented particle effects were customised and used to accomplish this goal. In order to play different animations and sounds, we implemented a timer which tracks the duration and position of a marker in relation to the device’s screen and acts accordingly. Different markers which are tracked at the same time can also invoke different events, which gives the user a playful form of interaction.

Phyllis Josefine aka dvdv is a media-artist, musician and autodidact who seldom limits herself to one medium. Initially focusing on experimental video and graphics, she began producing and singing music in 2014 and designing her own clothes-paintings.

In 2017 she developed her own interactive website for her debut album with the alias dvdv. She was involved in the creation of the smart movie The Future Is Not Unwritten by Susanne Steinmassl, an endless, self-generating film about transhumanism and artificial intelligence.

Phyllis’ works have been published in numerous online magazines including NOWNESS, The Creators, FELT ZINE, AQNB and The Golden Boy Press. The Future Is Not Unwritten was exhibited at the Goethe Institute in Japan, SXSW in Texas and the MCBW – Munich Creative Business Week.