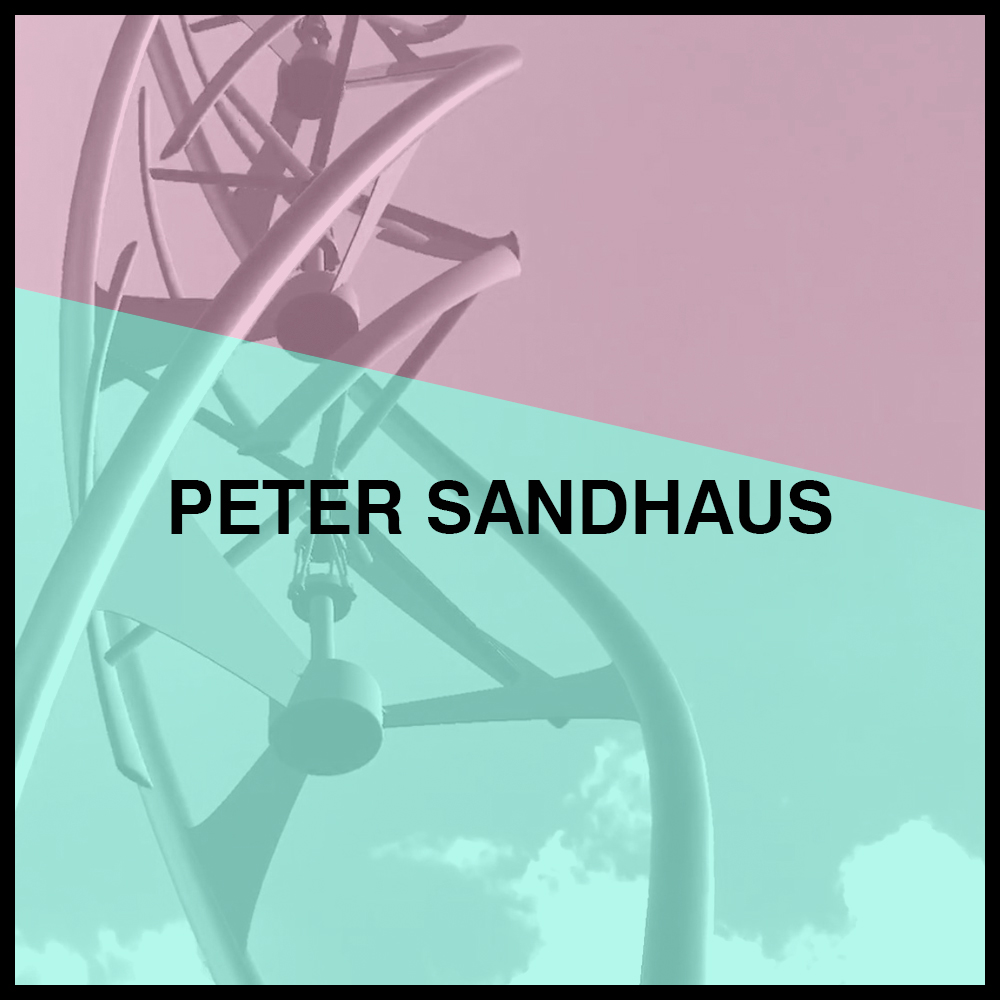 2019
AR simulation of the new landmark for Berlin-Oberschöneweide

The Lichtgestalt ELEKTRA by Peter Sandhaus emerged as the winner of the open art competition for a landmark on the square at Kaisersteg in Berlin-Oberschöneweide. Advertised by the Industrial Salon Schöneweide in cooperation with the Treptow-Köpenick district, this is the construction project currently in the preliminary design phase. The small wind power plant integrated into the artwork is being developed in cooperation with Prof. Jochen Twele of FB 1 Renewable Energies at the HTW.

The new landmark for Oberschöneweide is an embodiment of electrical energy. It is in the tradition of the famous AEG signet from 1888. This represents the “goddess of light”, who hovers casually on the winged wheel of progress. Her dynamic pose is not fully balanced. She seems to be still in motion and has only just turned towards the viewer. Curvaceous and sensuously exhilarating – her hair as if under electric power – she illuminates the night. Her promise of salvation is enlightenment in the form of electric light. The message of this allegory is clear: From now on, electricity and light are an inseparable unit and can be equated with progress.

The new landmark inherits both its name ELEKTRA and its dramatic appearance as a figure of light. As a contemporary interpretation, however, it is not allegorical or illustrative. The new appearance is constructive and abstract. Nevertheless, this Lichtgestalt ELEKTRA also heralds the beginning of a new era. It combines the tradition of the electronics industry in Schöneweide with a departure signal for a renewed Electropolis, characterized by regenerative energy generation, smart electromobility and electronically virtual networking.

In collaboration with the AURORA production lab, an augmented reality app was developed to enable the experience of the building as a real-time simulation prior to implementation on site. In this way, the proportions and the urban planning effect of the 34meter high tower can be clearly experienced. The app is also intended to improve the participation of citizens in the run-up to the construction project, fueling the imagination of the people in Schöneweide and discussions about the project.

Peter Sandhaus makes art in public space. He always firmly believes in the opportunity to construct meaning and significance on site. The artist, who is trained as an architect, has already won several competitions. In 2017 the Stadionwelle was realized in Erfurt and last year his Antikörper was finished at the Regensburg University Hospital. He is currently responsible for the planning of the electrifying landmark Lichtgestalt ELEKTRA in Schöneweide in the immediate vicinity of HTW Berlin.