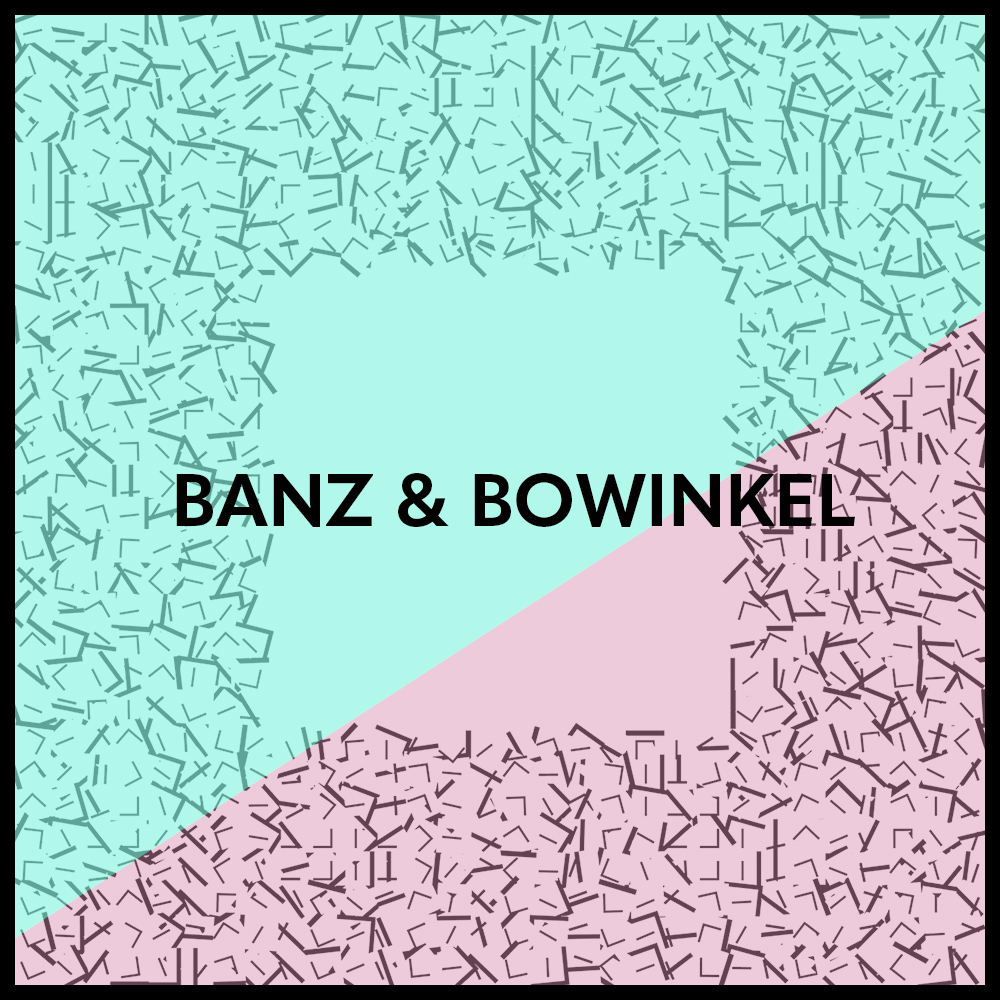 Not least in form of their own avatars, Friedemann Banz and Giulia Bowinkel have been moving in computer-generated parallel worlds for quite some time. Their own body movements in space – recorded and transformed into fluid simulations using suitable software – provide input to computers for the calculation of the artists’ digital twins, which can be moved back and forth along these colour traces. Banz & Bowinkel transfer the digitally manipulated simulations as renderings from the virtual to the analog reality, but they also produce virtual reality art and have already used augmented reality as a tool to show supplementary content-related aspects and details in selected works on a virtual layer.

In their latest series, augmented reality is in focus of Banz & Bowinkel’s artistic work for the first time. Now everything revolves around the question of how AR can be understood as an independent art form. For this purpose, one of the avatars from a previous project was revised and equipped with an independent behavior. His decisions are now simulated live. In a structure of meta rules created by the artists, he now has to orientate himself, but inevitably acts in a play that is directed by them. A sharp-edged patterned carpet on the floor – implemented as a vinyl print of 3 x 3 meters in size – is used as a marker. Here, multiple avatars „exist“ and can be made visible using the AR app by Banz & Bowinkel.

Like real human beings the avatars are driven by internal needs. While hunger, tiredness and hygiene lead us to active action, the avatars’ action is determined by mathematical formulas using a so-called Utility AI: potential behaviour like „seek company“ or „avoid more than three neighbours“ have scores, which are constantly recalculated based on the avatars‘ ever-changing needs and environmental factors. The behaviour with the highest score wins; triggering a new set of animations as well as updating the needs accordingly. While this underlying concept seems simple, breaking down human behaviour into numbers and formulas was a time-consuming process, albeit giving insights into our own human decision-making processes.

Some of the animations – e.g. communicative gestures – are pre-recorded using motion-capturing (e.g. taken from the online-tool Mixamo) and will play out in the same manner every time. Others combine pre-recorded walking animations with Unity’s pathfinding algorithms, allowing the avatar to roam freely and interact more closely with the viewer.

As a supposedly self-determined machine an avatar is dependent on its creators – us humans. Contrary to the current great enthusiasm for machine-based decision-making, Banz & Bowinkel believe the focus should rather be on who „animates“ these machines and on which types of orders are implemented.

Giulia Bowinkel, together with Friedemann Banz, forms the Berlin based artist duo Banz & Bowinkel. In their work, Banz & Bowinkel focus on the computer as an every day device and its influence on human culture. The focus here is on the perception of the world, which people understand as reality and is now simulated via the computer. With their work, Banz & Bowinkel question the concept of simulated reality and thereby human perception of the world in virtual space.  The multiple award-winning works of Giulia Bowinkel and Friedemann Banz have been exhibited at the Museum Abteiberg in Mönchengladbach, the House of Electronic Arts in Basel as well as the Zeppelin Museum in Friedrichshafen.